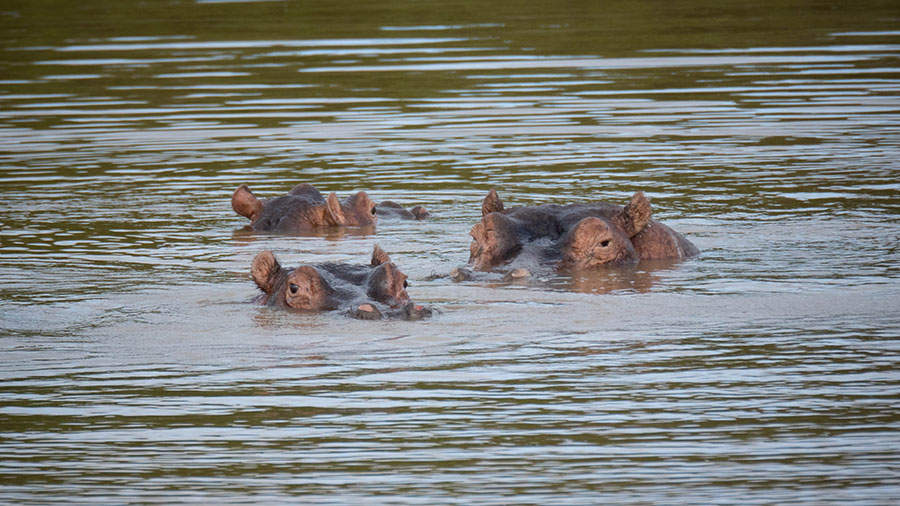 To be honest I didn’t know that such a thing existed, but given there are days of the year for almost everything else, it does make sense such a day would exist for this, one of the most dangerously cute animals in the world.

So far I haven’t had the chance to witness these powerful creatures in the wild, they remain on my endless ‘bucket list’ that I need to start ticking off.If I were to finally take the plunge, Kenya would be the place I’d choose to do it.

Home to the Masai Mara and Kora National Reserves, considered to be two of the world’s greatest hippo spotting locations, Kenya is where the action’s at.

Here are the top five places to see hippos in the wild:

Home to the rare pink hippo, the Masai Mara is one of Africa’s top safari destinations. Located in the rift valley region, and extending across 1,501 sq km, the Masai Mara is home to a myriad of other wildlife, including the Big Five. The Masai Mara is well known across the world because it is home to the 7th World Wonder, the great wildebeest migration. Around 2 million wild animals are involved in this annual migration, which starts from the Serengeti in Tanzania, through the Mara River into Kenya’s Masai Mara.

Made a wildlife reserve back in 1973, The Kora National Park covers an area of just over 1,700sq km. This triangle of dense woodland and scrub spreads along the Tana River, which rises in the highlands between Aberdares and Mount Kenya before descending towards the Indian Ocean. The park is home to a large hippo population, as well as big cats and several antelope species. The Kora National Reserve is open year round destination, so you’re guaranteed to see these amazing animals no matter when you visit .

Located 160km north-east of Nairobi, the Mwea National Reserve is in the Mbeere District, Eastern Provence. Visitors to the reserve can enjoy boat rides at the Kamdaru Dam and Hippo Point, as well as a walking trail. As the name suggests, Hippo Point is one of the best places to see hippos in their native habitat. The reserve is home to over 200 species of rare birds, elephants, giraffes, zebras, and buffalos, to name but a few.

The Tsavo National park is divided into two parks separated by the Mombasa Nairobi highway. Of the two parks, Tsavo East National park is slightly larger than Tsavo West. Tsavo East is characterised by a flat terrain while the West is more mountainous and green. Tsavo West also has a number of swamps, rivers and springs. The Mzima Spring is located in Tsavo West and guests get the chance to watch hippos from under water at this location.

Bisandi National Reserve acts as a wildlife dispersal area for Meru National Park. It is home to three permanent rivers that give the diverse wildlife a better habitat all year round, attracting a large population of hippos to this part of Kenya. Due to its untouched nature, visitors have the option to either camp or stay at the Offbeat Camp – this reserve is all about the natural surroundings. Whilst the hippos are the main attraction, this reserve is also home to over 400 species of birds.