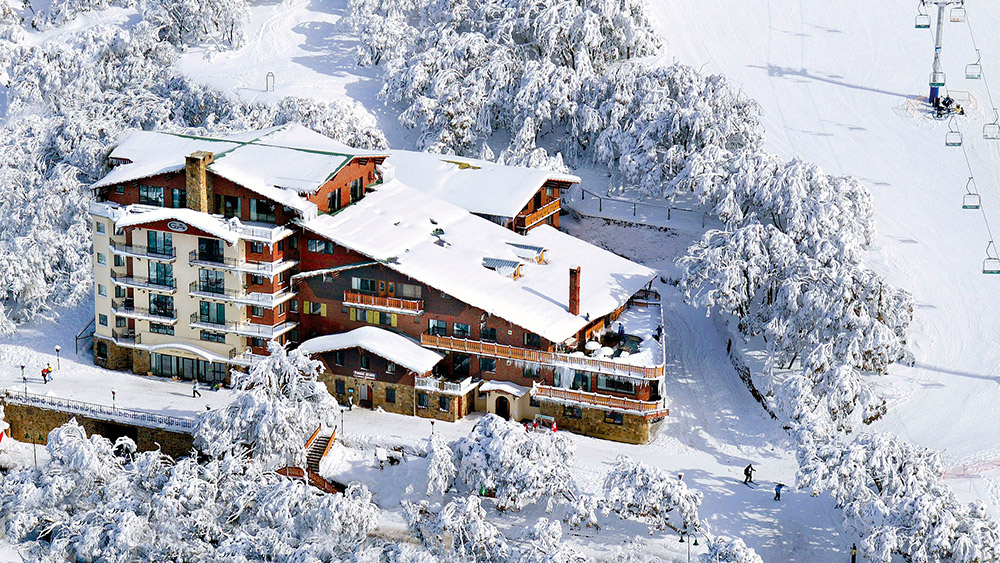 Where to Get an Austrian Fix Right Here in Australia

Austria is a spectacular country. The cities are intriguing, the landscape enchanting, and there’s a real sense of history that permeates every corner of every city and village… it’s a must-visit on any European adventure. But, as much as I’m craving an authentic strudel from that little café I found in Innsbruck, it could be a little while yet between visits.

However, that doesn’t mean we have to completely miss out on an Austrian experience. There’s a way to enjoy a delicious taste of Austria right here down under. Here’s how.

Order a Melange and Topfenstrudel at Das Kaffeehaus in Castlemaine

Sitting in a traditional Thonet wooden chair at a marble table, sipping on a melange, waiting for a Topfenstrudel whilst people watching… welcome to a Viennese coffeehouse. Though enjoying the real deal will have to wait for another day, there is a place to experience a taste of its charms here in Australia: Das Kaffeehaus in the heart of Victoria. Stepping foot inside Das Keffeehaus is (almost) like visiting Vienna: think a counter of homemade cakes and pastries, and wait staff dressed in black and white and plush seating. Austrian owners Elna Schaerf-Trauner and Edmund Schaerf bring more than sixty years of family tradition to the art of making Viennese coffee, complemented by a menu of traditional dishes from Wiener Schnitzel and Fiaker Gulasch to Palatschinken and Sachertorte.

Austria’s wine scene is globally renowned. The cool climate lends itself perfectly to growing a range of varietals, such as Riesling, Sauvignon Blanc, and Pinot Noir. But one of Austria’s most significant white wines is Grüner Veltliner, a wine that grows in many Austrian wine regions, especially in the Wachau region, only 50 minutes west of Vienna. The narrow Danube valley running from Melk to Krems is home to Domäne Wachau, voted number three in the world according to the latest ranking of World’s Best Vineyards.

Whereas a visit of Domäne Wachau to sip on a glass of crisp Grüner Veltliner is still in the (hopefully not so) distant future, you can get your hands (and lips) on the golden drop without leaving the country thanks to Larry Jacobs. One of the owners of Hahndorf Hill winery in the heart of the Adelaide Hills, Jacobs introduced the grape to the Adelaide Hills a couple of decades ago when he was seeking a new variety suitable to the cool climate of the region. The Adelaide Hills is now home to the largest concentration of Grüner Veltliner vines in Australia, with approximately 30 different labels being produced.

Ski the slopes of Mt Buller (during Australian, of course)

Austrians are passionate about all things skiing. Some might even say it’s the only thing that kept them sane during the winter lockdown. The long love affair began in the early 20th century, when Austrian pioneer Mathias Zdarsky became the first person to sail down steep mountain slopes on wooden planks. He used a long pole to change direction. Years later, another ground-breaking revolution occurred:  Schneider developed the stem turn and the parallel turn. This is when Alpine skiing really took off: countless ski schools were founded, including the first Skiing Academy (set up by Schneider himself) in St. Anton am Arlberg.

Mt Buller is about as close as it gets to Austrian skiing here in Australia. It even has real Austrian connections! Infrastructure by Doppelmayr, a leading Austrian manufacturer of ski lifts, cable cars and ropeways, and Pension Grimus, founded by Austrian born Hans Grimus and now run by his family. Hans, who came to Australia in 1959, was one of the pioneers for Australia’s winter sport industry and contributed to the success of Mt Buller.

Drink Schnapps at Wildbrumby Distillery in the Snowy Mountains

Drinking Schnapps is deeply rooted in Austria’s DNA. The distilled fruit brandy is native to the European Alps, where the winters are too cold for traditional wine production. It’s usually drunk in shots after a heavy meal as a digestive but is also popular during winter months in Austria’s ski fields as it’s supposed to keep you warm. Because of its location in the Alps, the province of Tirol tops the list of distilleries per capita in Austria. 2,500 of Tirol’s 4,000 local distilleries have been permitted to distil since the royal decree of Empress Maria Theresia (Marie Antoinette’s mother). Along the Tirol Schnapps Route you can find an amazing collection of 41 artisan distilleries, and with its own special characteristics.

Fancy a tipple? Australia’s Thredbo Valley has its very own Austrian Schnapps distillery: The Wildbrumby. Their story begins when Brad Spalding met his future wife Monika while working as a ski instructor in Kitzbühel, Tirol. Monika’s grandfather in Austria had been distilling schnapps long before the couple was born. With the dream of perusing Monika’s distilling heritage, the Spaldings decided to bring Schnaps to the Snowy Mountains. Avid hikers can conquer “Little Austria” before heading to Wildbrumby for a Schnapps. Little Austria can be reached via a detour along the Main Range Trek but is not for the faint-hearted (which means you need that Schnapps afterwards even more).

Are you experiencing Austrian withdrawals? What’s your tip for an Austrian fix? 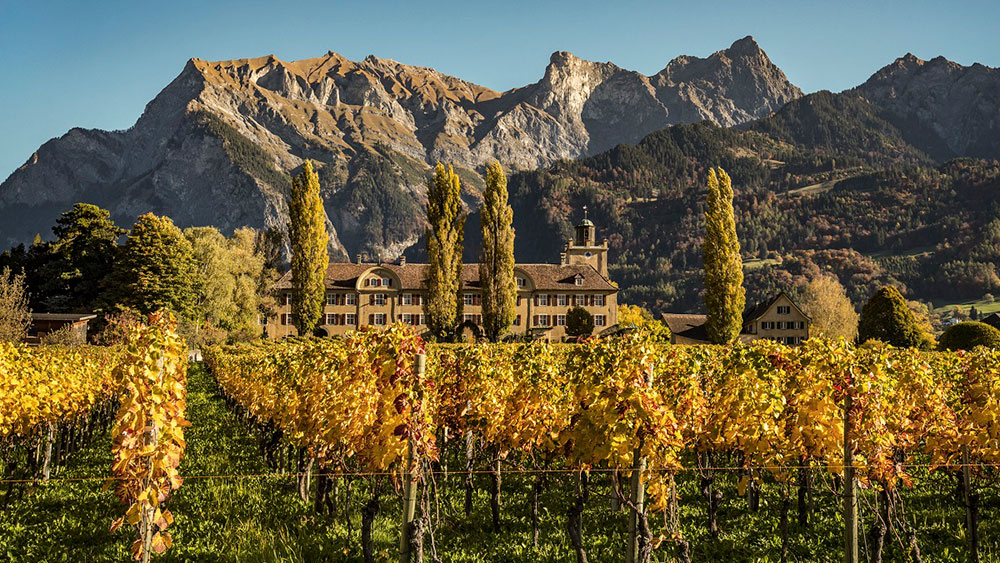 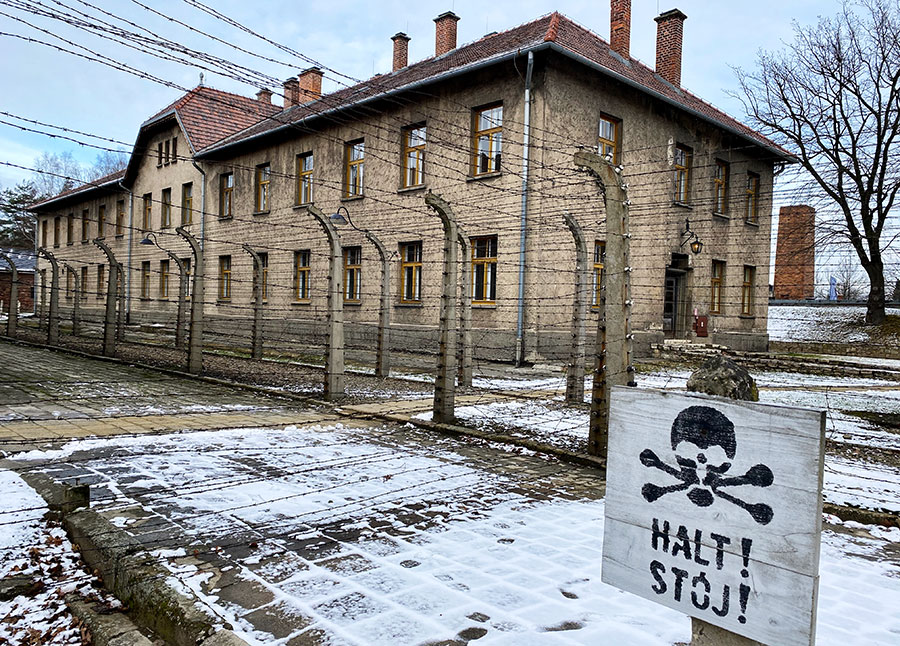 Auschwitz-Birkenau: Why Everyone Should Visit Once