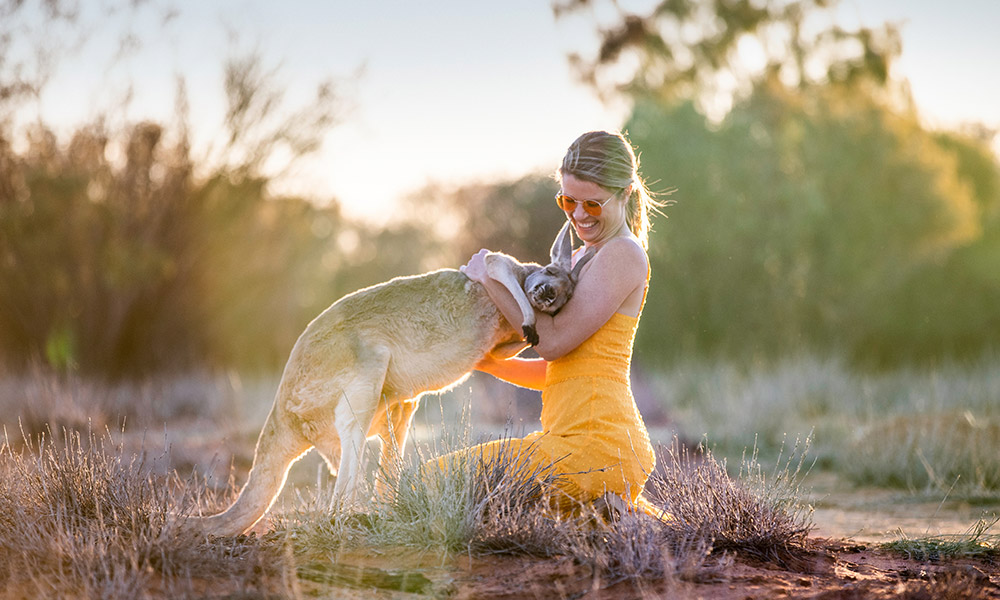 The Northern Territory is one of those destinations often dreamed of yet so rarely explored. That’s a shame, because within its borders lie some of Australia’s most unique natural wonders. You know the kind. They’re the ones that you see rising in the distance, that pull you in with their ancient magnetism, and then somehow stay with you forever.

Inspired by Tourism Northern Territory’s brand-new campaign, Seek Different, which aims to highlight how we’re all individuals who travel in different ways, I thought it was a perfect time for a quick look at some of the Territory’s most spectacular sights.

Cascading falls and clear rock pools are the order of the day at Edith Falls, located around 60kms north of Katherine on the western side Nitmiluk National Park. Whether you’re into hiking, birdwatching (Gouldian Finch and Hooded Parrot are two of the endangered species that can be seen here) or you just fancy a refreshing dip in a cool natural plunge pool, Edith Falls is an essential stop that offers something different for everyone.

Kakadu. One word is all it takes to conjure images of mighty waterfalls, billabongs brimming with dazzling birdlife, tropical thunderstorms and sunsets that dance across the horizon. One thing that doesn’t immediately come to mind, but really should, is Ubirr. It’s home to some of the Territory’s best examples of rock art. Historically, people camped in Ubirr’s rocky shelters, using plants and animals for tools, food and medicine. When they weren’t doing that, they discovered its smooth stone surfaces were ideal for painting on. The lookout atop Ubirr also offers a spectacular vantage across surrounding wetlands.

You can’t discuss the Northern Territory without touching on its most iconic sight: Uluru. More than just a rock or a point on someone’s bucket list, it’s a sacred site for the local Anangu people of Central Australia. According to their stories passed down through the generations, the landmark site was formed by ancestral beings during the Dreaming. Whether viewed from afar or at its base, it’s impossible not to feel its ancient spirit.

Ok, this one isn’t a natural wonder, but it is an experience you won’t find anywhere else: swimming in a pool with a colossal saltwater crocodile. Crocosaurus Cove in downtown Darwin is the only place to do it. Before you start saying ‘nope, nope, nope’, you are inside a glass cage, so you’re perfectly safe. Still, the moment you see that prehistoric beast come toward you, chances are you’ll still let out a little squeal through your snorkel.

Hidden within West MacDonnell Ranges National Park, Standley Chasm isn’t a household name (yet) but is easily one of the most impressive sights in the outback. Its indigenous name ‘Angkerle Atwatye’ means ‘the gap of water’. As you walk along the well-maintained path that follows its natural creek bed, gazing up to the dramatic 80m sheer rock face , you may feel small but your appreciation for the region will reach new heights.

Want to see a little more of the NT? Check out the new Tourism NT video below.