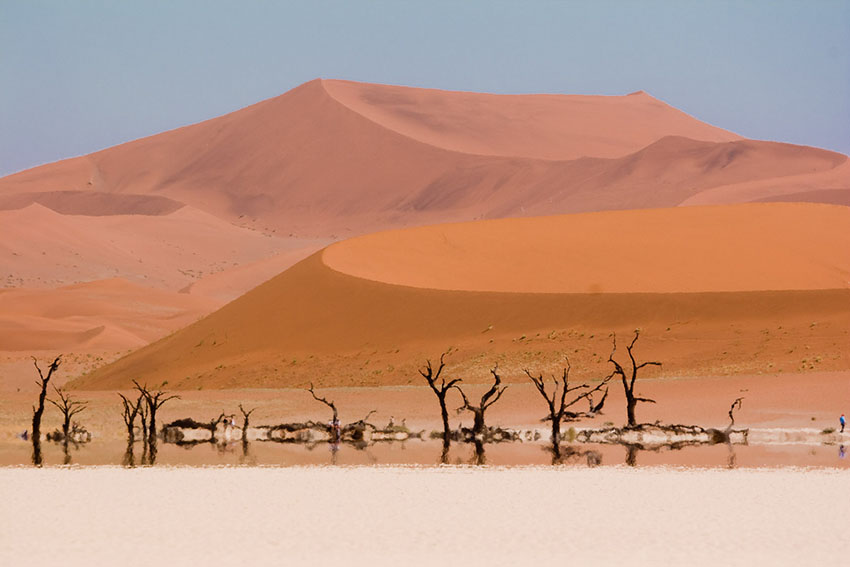 Everyone talks about their bucket list, the things they want to see or the places they want to go before they die… but how many people actually write that list down to refer to in future? Not many.

Rather than simply talk about the places or experiences I want to add to my list, I figured it might be worthwhile actually putting them down on paper.

Here’s one of the points on my ever-growing list.

Located within NamibRand Nature Reserve, Sossusvlei Desert is a vast salt and clay pan surrounded by towering red sand dunes. It’s also a name used to refer to the wider area. Sossusvlei is one of the top visitor attractions in Namibia, and it’s easy to see why – the area is stunning.

Roughly two kilometres away from Sossusvlei is another famous saltpan known as Deadvlei, which means ‘dead marsh’. Why such a morbid name? It all has to do with the famous black acacia trees in the saltpan.

The surreal image of these blacked trees against the intense red and orange of the sand dunes behind has adorned many a desktop background over the years. Though the trees appear to have been burned by fire, this isn’t the case.

The skeletons of the acacia trees, which are believed to be 900 years old, have been out in the sun a long time, and have naturally become blackened by the harsh sun. Though not petrified, the wood doesn’t decompose either because it is so dry.

NamibRand Nature Reserve was declared Africa’s first International Dark Sky Reserve in 2013, and was the first in the world to be award Gold Tier status. This prestigious ranking is reserved for environments that have exceptionally little to no impact from artificial light.

With the nearest town around 150km away, the Reserve is not only free of light pollution but has one of the darkest skies ever measured. Dark skies = incredible night skies. April to September is when skies are clearest.

There are a couple of resorts in the area I wouldn’t mind checking out, particularly the &Beyond Sossusvlei Desert Lodge. The lodge has an observatory with a Meade LX200R 12-inch telescope if you’re into stargazing through a viewfinder, but the real drawcard for me would have to be the skylights placed above the bed in each desert suite. It’d be like camping without worrying about being walked over in the night.

Have you ever been to Sossusvlei? What was it like? 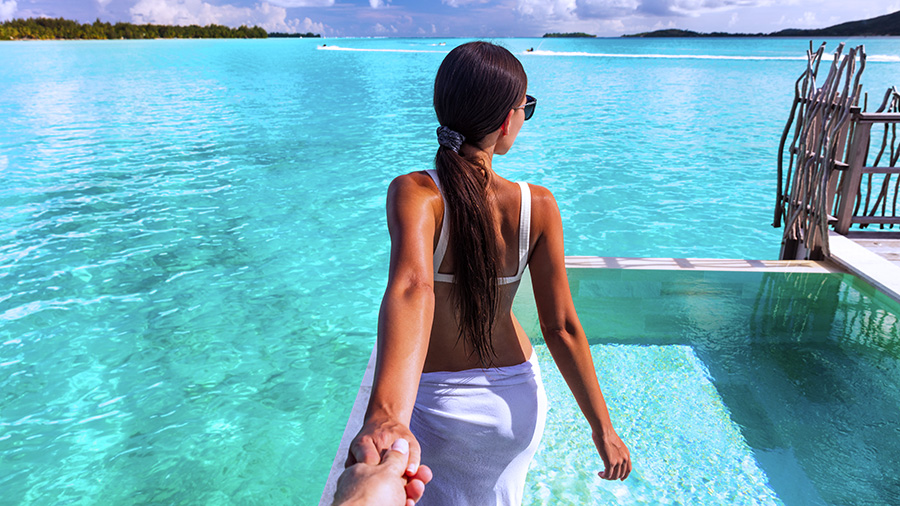 Bucket Listed: The Islands of Tahiti