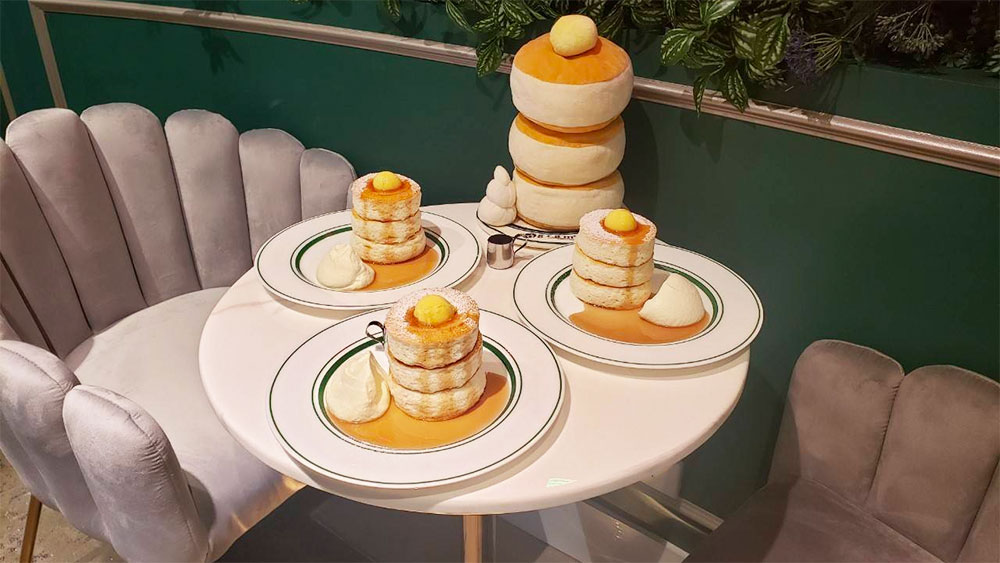 Taste Your Way Through Chatswood This Lunar New Year

I’m an ox. I also love desserts. So, it’s quite convenient that the Chatswood Lunar New Year Festival, which celebrates the Year of the Ox from 3-28 February, will feature a dessert trail of 10 delectable destinations to take care of yours – and my – sweet tooth.

Gravity-defying soufflé pancakes, fluffy mochi chiffon cakes, and a “hectic” vegan doughnut are just a handful of the tasty treats waiting to be discovered.

Here’s where to find them.

Savour well-caffeinated brews and sweets at After 12 Tea & Dessert. The drink selection has everything from honey iced tea to brown sugar latte with pearls, which you can personalise with extra toppings, such as taro smash and rainbow jelly. After 12 Tea & Dessert even serves a bubble tea toastie, with the sweet tapioca pearls sealed into a creamy grilled sandwich. This flower-adorned café also offers traditional Hong Kong-style desserts, such as black sesame soup and steamed milk pudding. The rice balls with ginger soup are a good choice for Lunar New Year: the dessert represents family gatherings and togetherness.

This newly opened patisserie has a rainbow-bright front window, which showcases everything from taro panna cotta to ruby sweetheart cakes and banana walnut brownies. Step inside and you’ll see more Asian pastries: Hokkaido milk swiss rolls, multi-layered matcha pancakes, coconut toast and sweet potato strudels. But the headline attraction here might be the special croissant series. Pick your flavour (from Japanese melon to Earl grey croissants), bring it to the counter and staff will pipe fresh custard into the pastry, for an extra jolt of decadent sweetness.

For dairy-free desserts and drinks, head to the Bean Code stand at Westfield. Here, the organic soy milk is made in-house daily and is served either creamy and plain, bolstered with sweet pearls, or with a caffeinated dose of tea (oolong, jasmine, rose iron goddess). It can also be sweetened with fruit (mango, grapefruit, peach) or served in black sesame, matcha or other flavours. Bean Code’s milk also gets set into tofa (soybean puddings). Dip your spoon through this smooth vegan dessert, which comes in taro, red bean matcha, lychee jelly and other varieties. Look out for the special tofa of the month and don’t miss the mochi waffles, either – they’re delicious.

Run by Willoughby City Council, the vibrant Chatswood Mall Market is a showcase of international flavours. There’s Alexander’s Bakery, a multigenerational business that specialises in Macedonian pastries. Its much-loved burek is naturally dairy and egg-free, and available in many vegan-friendly flavours, such as cherry or apple, date and coconut. There’s also a “hectic” vegan doughnut, too. Another market highlight is Taipei Dainty Bakery, which serves honey pastries, taro pastries, monk bean pastries and plain sponge cake.

This acclaimed gelato parlour is as transporting as a gondola itself. Its sorbet and gelato flavours are hand-made daily, without shortcuts and in artisanal batches, and often highlight ingredients sourced directly from Italy, like Sicilian lemons or hazelnuts from Piedmont. While many flavours have Italian influences (banana Nutella, biscottino, Bacio, blood orange Aperol), you can also get scoops of gelato that evoke the tropical fruits of Asia, like the coconut pandan, durian and the excellent lychee raspberry gelato.

Originating from Osaka, Gram has become an international (and social media) sensation with its Japanese soufflé pancakes: it had opened 60 stores open across the world, before launching its first Australian outpost here last autumn. Its pillowy pancakes are available in many Instagram-worthy variations: from the original three-tier stack to tiramisu, coconut cream, Oreo-rich and caramelised banana versions. For a summer-friendly take, try the pancakes with a scoop each of hojicha, matcha and black sesame ice-cream, plus strawberries and cream, and follow it with a chilled yuzu frappe.

This tiny kiosk gives you the best of Hokkaido Baked Cheese Tart and Pafu – two dessert chains inspired by Japan. Hokkaido Baked Cheese Tart pays tribute to Japanese island famous for its exceptional dairy products, by mixing three cheeses through its signature tarts. You might be tempted to try the yuzu, salted egg, strawberry and chocolate cheese variations, too. Pafu is named after the Japanese word for “puff” and specialises in custard-filled turnovers.

Pishon’s location near Chatswood Station makes it a handy “grab and go” stop if you just need a quick takeaway fix – like a waffle with coffee or a slice of its many cakes (from mango cheesecake to mochi chiffon). If you do have time to sit down, you may want to tackle its bingsu (Korean shaved ice dessert), which is available in an ultra-sweet mango flavour, topped with fruit, fairy floss and an ice-cream cone to scoop out the condensed milk ice, or the matcha bingsu, with red bean mochi and slivered almonds.

You can find some seriously premium brews at Tea Journal (like the single origin ancient raw pu’er for $86). There are more accessible drinks, too, like its $5 takeaway range of iced oolong teas (in summer-compatible flavours such as lychee mint and peach), or its $5 matcha, ginger and black sesame lattes. To balance out the caffeine, there’s a range of lovely chiffon cakes for sale, which range from the bestselling black tea, rose and pistachio to the limited-edition coconut with mango and passionfruit.

It’s easy to step right past this Hong Kong-style café even when you’re actively looking for it. Fans think it’s worth the detour because of its mochi set, which includes peanut coconut, black sesame and yin yeung varieties (the latter flavour has the combined caffeine hit of coffee and milk tea and is inspired by a drink served at Hong Kong’s cha chaan teng cafes). For Lunar New Year, you’ll want to try Sugar Cubed’s glutinous rice flour balls (tong yuen). Not only does this dessert symbolise togetherness, it also reminds people of the first full moon that falls after the new year. 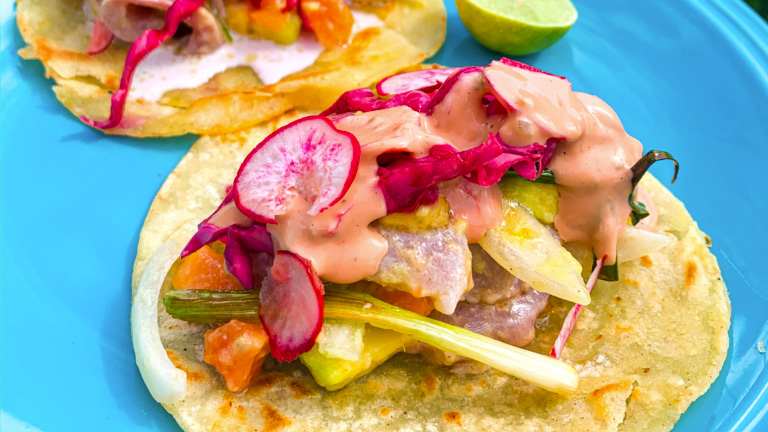 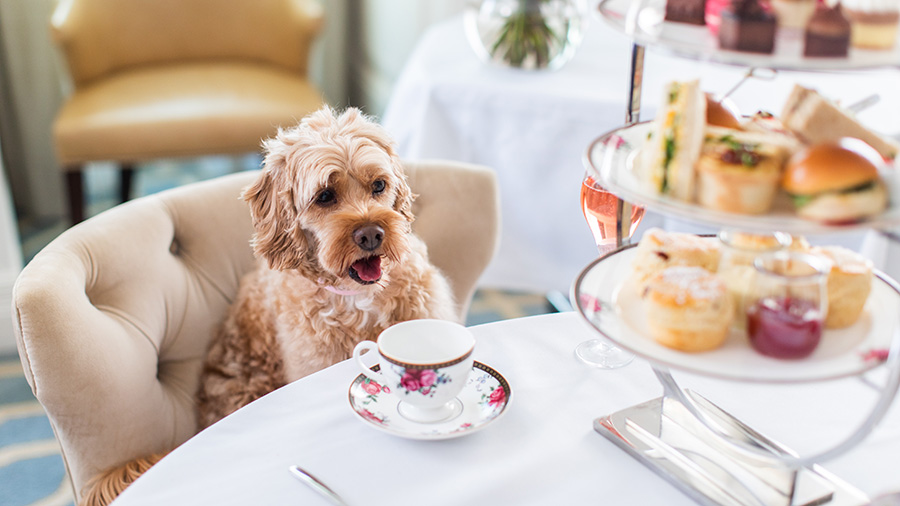 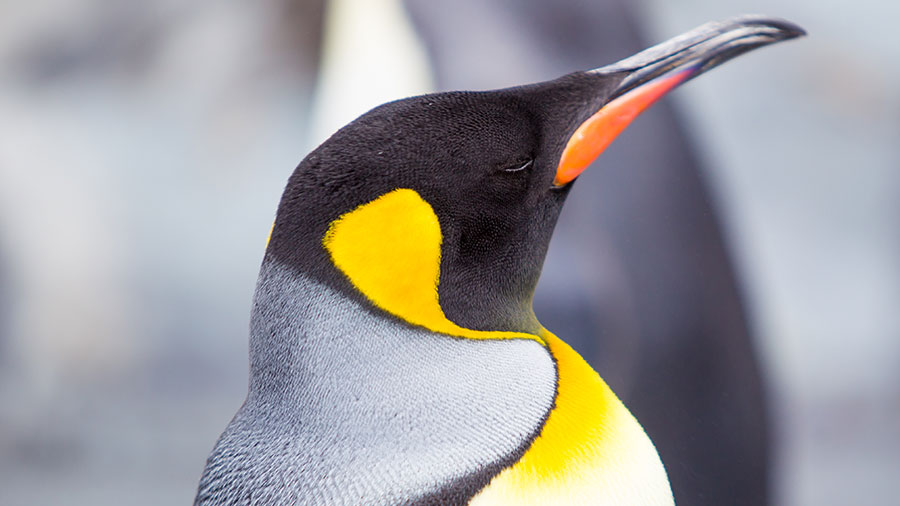 Brighten Your Day With This Penguin Live Stream 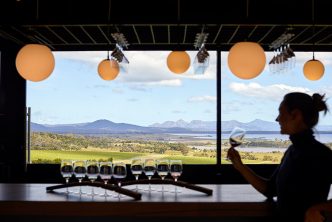